What’s the story behind Isotopx?

We at Isotopx are well aware that we’re not exactly a household name yet. But are you aware of the history behind the company? I’ve been lucky enough to work in isotope ratio mass spec for much of my career so have followed the Isotopx story; and in some cases I was there when it happened. Here’s how I see it…

The story begins in the early 1970’s, with the launch of the first commercial thermal ionization MS system – the VG MM 30 from VG Micromass. These instruments were really built to last, and I was coming across some in use even into the 1990’s and beyond. The instrument was a success, and so a company was created to run with this product – the new company being VG Isotopes. Over the next 10-15 years VG Isotopes launched a series of increasingly more modern and sophisticated TIMS instruments, including the VG 54E, the VG 354 and the VG Sector 54. There are plenty of the latter still working, and they continue to produce publishable data.

In 1996 the VG Instruments group was bought by Thermo Electron. However, a ruling by anti-trust authorities forced Thermo to divest some mass spectrometry technologies including isotope ratio mass spectrometry. A management buy-out followed, and Micromass Ltd. came into existence, although Thermo retained ownership of the VG name. And here’s where I join the story, shortly after this buy-out I began working as a test engineer at VG Elemental – another stalwart of the VG group but in this case focused on ICP-MS, in quadrupole, sector field, and multicollector (MC-ICP-MS) guises.

During the Micromass era the IsoProbe-P (MC-ICP-MS) and the IsoProbe-T (TIMS) were launched. These products showcased a number of innovations, most particularly the use of a collision-reaction cell in the IsoProbe-P. It’s noteworthy that this technology is very much back in fashion right now, so perhaps the IsoProbe-P was ahead of its time! At the height of the IsoProbe-P’s success, I was working for VG Elemental as product manager for a directly competing MC-ICP-MS, the VG Axiom MC. A significant part of my role was giving demonstrations of the instrument to potential customers. Those scientists were very likely to have seen or be due to see the IsoProbe-P and I don’t mind admitting it was a challenge, particularly due to the very competitive sensitivity that the IsoProbe-P exhibited.

Shortly after this, the Nu Plasma from Nu Instruments appeared on the market. I consider this time as a high-water mark for MC-ICP-MS, with significant innovation improving the breed on a regular basis. It helped that the instrument designers were in each case extremely talented scientists (Patrick Turner for the IsoProbe-P, Phil Freedman for the Nu Plasma and Phil Marriott for the VG Axiom). I’ve worked with all three, and between them they have done a huge amount to enable the increasingly precise measurement of isotope ratios in the Earth science and nuclear power sector.

But I digress… In 1997, Micromass was acquired by the Waters corporation – a hugely successful liquid chromatography provider. Waters applied its marketing powers to the IsoProbe range with much success. But despite that success, the feeling at Waters was that inorganic MS did not fit their core focus and so they looked to divest. So in 2003, Waters sold the inorganic product lines (TIMS, IRMS, ICP-MS and noble gas MS) to a management team and GV Instruments was formed. The debate raged at the time as to what “GV” stood for (“VG” referring to Vacuum Generators). Ultimately it was agreed that it meant “Good Value” Instruments!

I also joined GV Instruments at this time, as part of a small sales and product management team. I shared a desk with a certain Dr Zenon Palacz, working closely with him on many projects around the world. The IsoProbe-T continued to be a very successful thermal ionization MS, with a great reputation for rugged reliability. However, it’s fair to say that some of the new products developed during the GV Instruments days had a troubled birth.

GV Instruments was only around for about five years when Thermo Fisher began to take an interest, looking to add to their own portfolio of inorganic MS products. The sale of GVI did take place but I remember it as a challenging time – it’s hard to meld the business practices and policies of a small company with a global multinational. The sale also caught the eye of the UK Competition Commission, and they ruled that several of the products in the GVI portfolio could not be purchased by Thermo Fisher due to concerns of creating a monopoly. There followed a number of protracted discussions and negotiations, the IRMS product range was sold to Elementar and the IsoProbe-T was sold to a small management team from within GVI, lead by Zenon Palacz and Mark Yardley

I always felt that this was a very bold and brave move by Zenon and Mark, and I can only imagine the meetings with the bank manager! Ultimately, Isotopx came into existence in February 2008. By this time I was working with a totally different type of mass spectrometry but kept a keen eye on Isotopx. To begin with the growth was slow – Zenon’s team were focused on a complete overhaul of the IsoProbe-T and this necessitated a lot of resource. But over the next decade Zenon and his team built a reputation in the industry for reliability and consistently good data, backed up by some extraordinary new technologies. You can read more about the development of new technologies by clicking here.

In the intervening years until I joined Isotopx in 2021, I spent time working at two different competitors to Isotopx and I think it is fair to say that Zenon has taken Isotopx from a small player to a serious contender in isotope ratio MS over the last 14 years. Personally I think there is a lot more to come as well, it’s a very interesting time to be part of a growing, dynamic company.

If you were around during any of the events I described then please get in touch and let me know your memories, I’d love to hear them (Stephen.guilfoyle@isotopx.com). 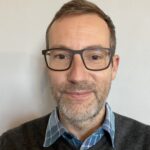